For the 2016 season, the PioNerds competed with a robot named Murphy.. 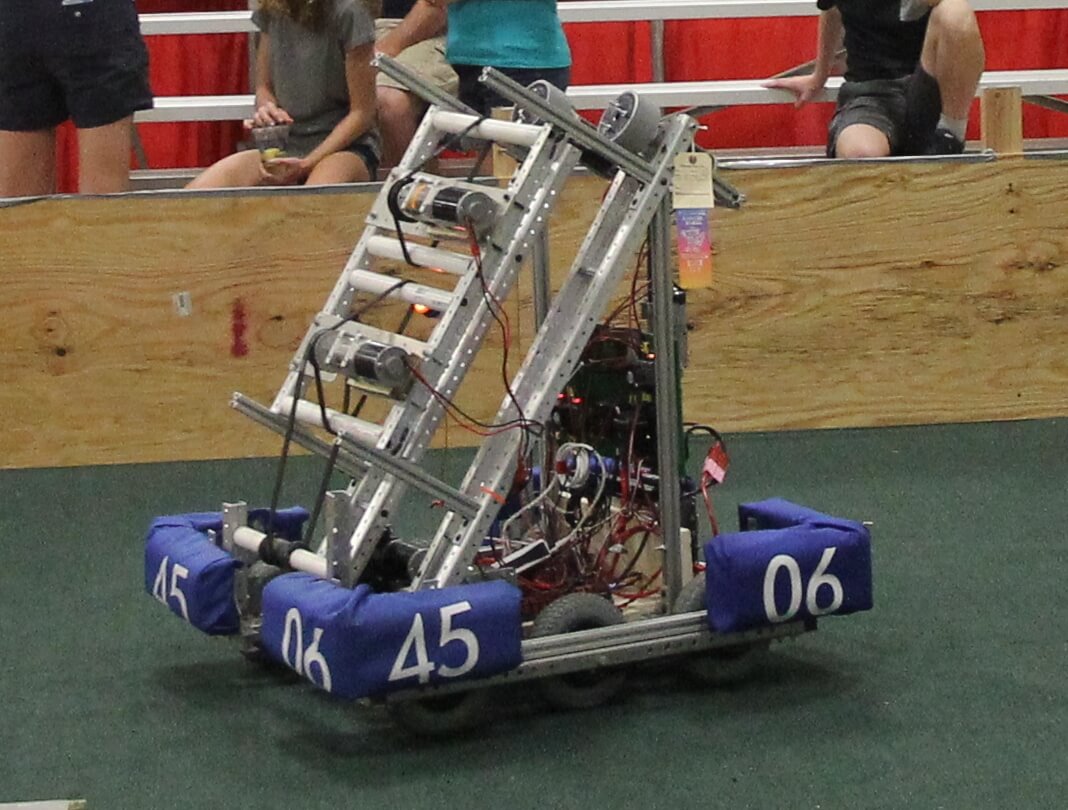 In the fall of this season, the team went to an off-season event for the first time in program history. Tippy was brought down to compete for one last time in Recycle Rush with only a couple minor changes. The students and the robot performed very well and for the first time in PioNerd history the team was selected for elimination rounds, albeit at an offseason event, and as an alternate. But selected none the less. And while the robot didn’t actually make it onto the field to compete, our alliance ended up taking home the championship and the team “earned” their first hardware. This also set the stage for a fantastic new season for the game “Stronghold”. The robot the team constructed this year played it’s role well. It could shoot the lights out. Unfortunately, the team didn’t have the best strategy for competition because the robot struggled to cross the outer defenses and that was a big part of what got teams selected for elimination rounds.